Razvan Bezna is a dynamic and passionate classical guitarist currently pursuing a Doctoral degree at McGill Schulich School of Music under the supervision of Professor Patrick Kearney. Razvan has participated in masterclasses with Pepe Romero, Roland Dyens, Celil Refik Kaya, Jerome Ducharme, Jeffrey McFadden, Marcin Dylla, David Russell, Jorge Caballero, The Amadeus Duo, The Beijing Guitar Duo, and many others. Razvan’s accomplishments include a nomination to represent the Province of British Columbia at the National Performing Arts Festival in Kelowna in 2014, The Sarah and Ernest Butler Excellence Scholarship in Music, and Graduate Excellence Scholarships to study at Florida State University and McGill University. 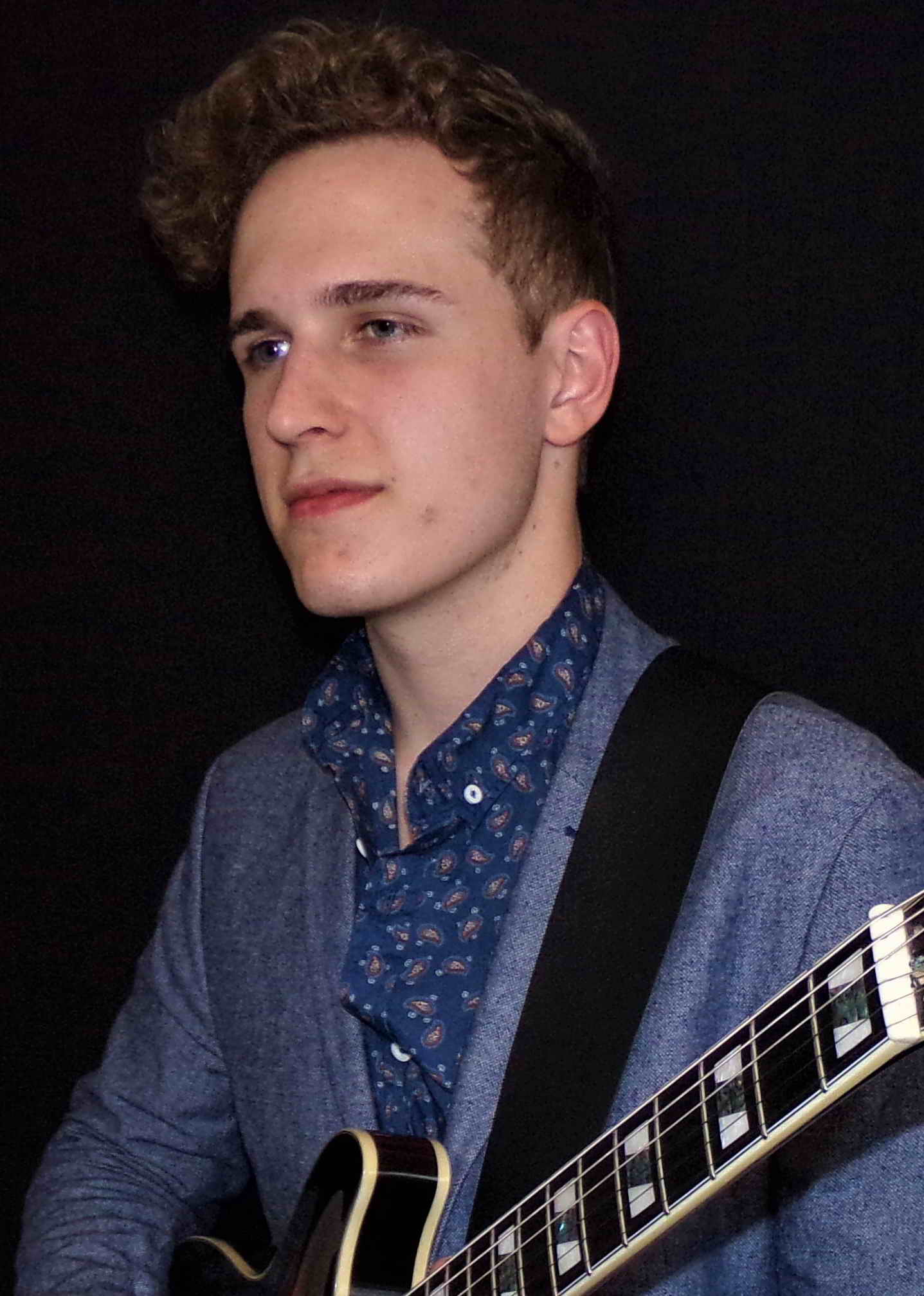 Matt Greenwood is a Toronto based guitarist, composer and teacher holding a Bachelor of Music degree from Humber College. Matt has performed and recorded with legendary Zimbabwean musicians including Oliver Mtukudzi, Gemma Griffiths and Forward Kwenda as well as Toronto jazz greats Mark Kelso and Juno Award winner Mike Downes. Matt has also scored a number of short films including the award-winning Bluebird VR short. Matt has taught music lessons to a wide variety of students ranging from young beginners to professionals and undergraduate students since early in high school and as a peer tutor during his time at Humber College. Matt recognizes the importance of connecting with students at their skill level, and adapting his teaching style to match the student’s own unique path of development. Whether it is learning a new song or developing as an improviser, Matt approaches learning in a way that keeps lessons upbeat and engaging for students.

Chris Boston is a performer, educator, and author of two Guitar Method Books, with a passion for helping students of all ages learn to master the guitar. He completed his Bachelor of Music at the University of Victoria and attended the Koblenz International Guitar Academy, completing his Masters degree at the Robert Schumann Hochschule in Germany. He recently received a doctorate in performance from Florida State University, where he also performed in international competitions, music festivals,  chamber groups, including a performance with the Student Orchestra.

Abshir Miller is a Toronto based guitarist, and is appreciated for his creative interpretations, and wide variety of repertoire. He has recently received first prize at the FCMF national competition in the guitar category and has been included in CBC’s ‘Top 30 Under 30. Abshir began his guitar studies with Dr. Matthew Gould, in Sudbury, and has since completed an undergraduate degree in classical guitar performance at the University of Toronto, under Dr. Jeffrey Mcfadden, and a master’s degree at the San Francisco Conservatory of Music under David Tanenbaum and Dr. Richard Savino. Abshir is currently pursuing doctoral studies in guitar performance at the University of Toronto. 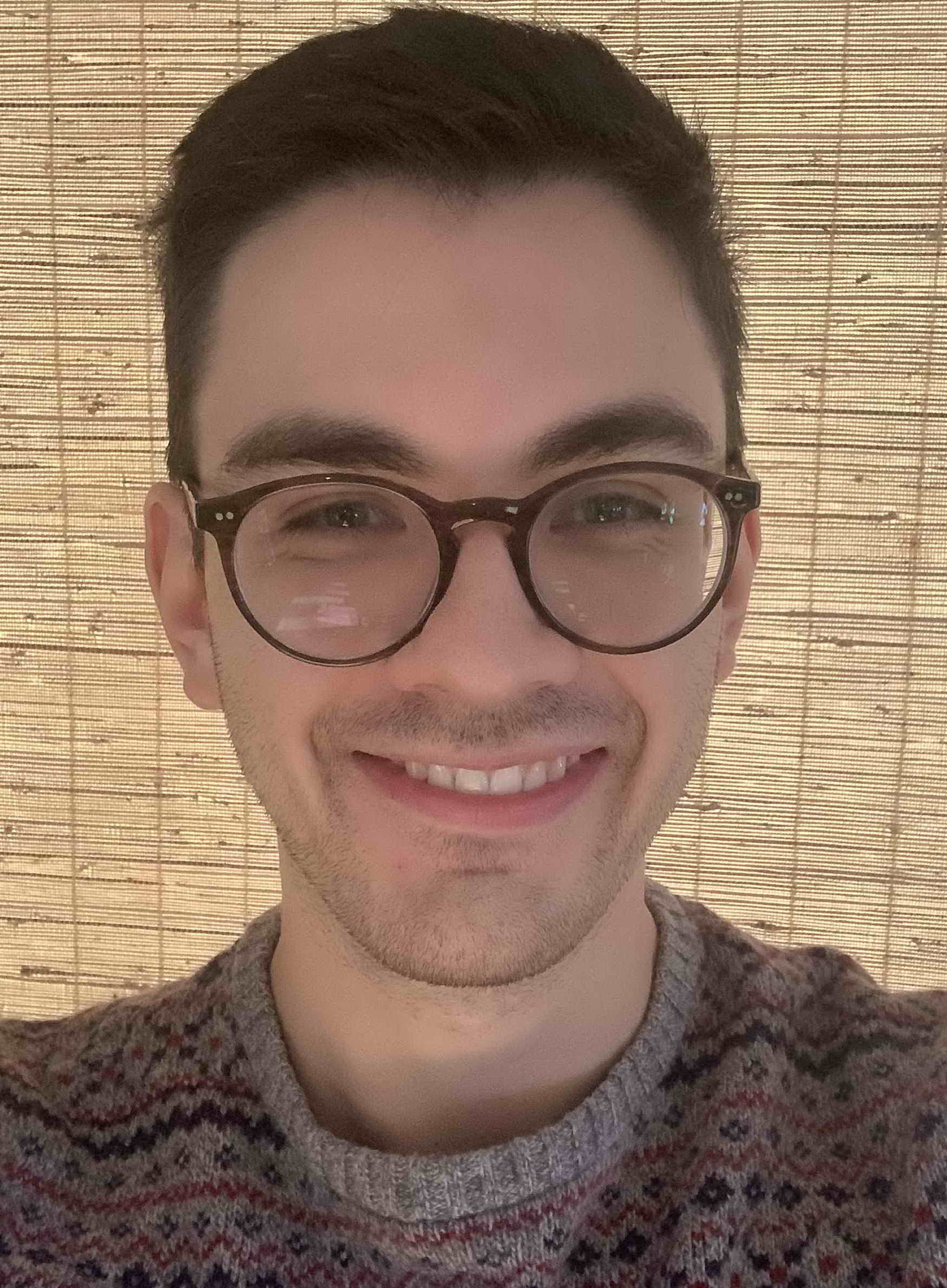 David Cruz is a critically acclaimed jazz guitarist. His music has received radio play worldwide. In Canada, he can be heard on CBC’s program Saturday Night Jazz, or on Jazz FM 91. David has toured North America with the Toronto All-Star Big Band. He performs at some of Canada’s largest jazz festivals, including The Beaches Jazz Festival, and The TD Niagara Jazz Festival. David holds an MMus in Jazz Performance from McGill and a BFA in Music from York University. David is an experienced teacher who likes to keep music engaging for his students. He strives to remain flexible with the curriculum to accommodate every student’s interests. His aim is not only to teach his students to play guitar but to help them develop a lifelong love of music. 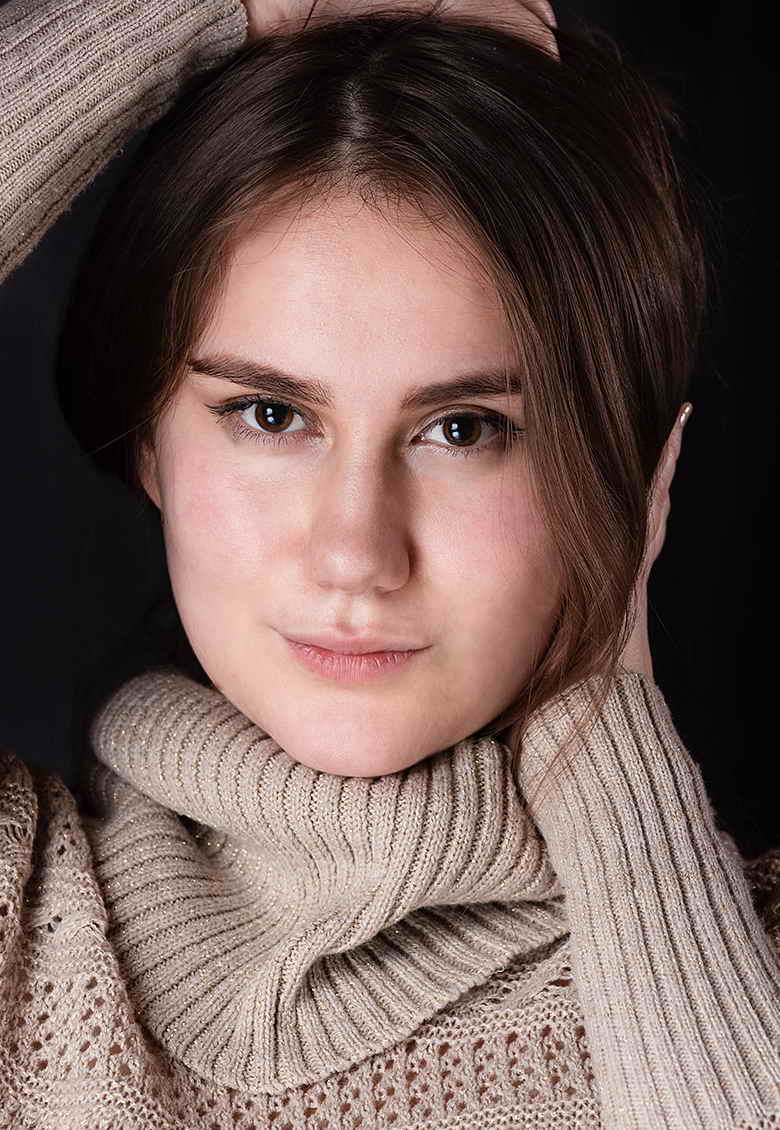 Natalia Jordan is a singer, songwriter, and music producer from Toronto, specializing in classical vocal performance, guitar, and piano. She completed her undergraduate from the University of Ottawa where she worked with several world renown teachers including Allyson McHardy, Christiane Riel, and Sandra Grahamand. She is currently working towards her Master Degree in voice from he University of Toronto. Natalia aspires to create a space where her students feel safe, heard and ultimately can grow as an artist and person. Lessons are focused on creating a foundation of healthy singing which allows freedom in the voice for honest and powerful storytelling. Her teaching style is compassionate but always with the aim of moving her students forward to reach their goals. 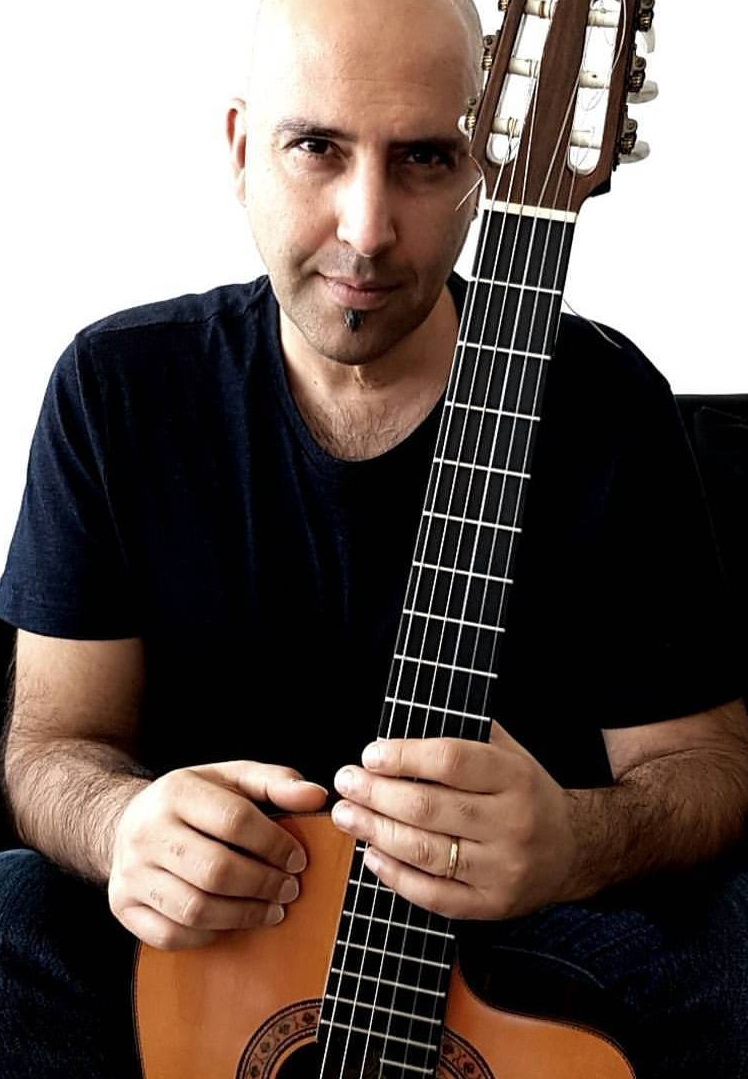 Francisco Abreu has played and recorded with many renown international artists as well as composed and recorded for his own projects. As a teacher, he offers lessons on electric and acoustic guitar including jazz, improvisation, harmony, ear training, rock, soul, funk, blues, pop and contemporary music. He has a university degree in jazz guitar from the prestigious Amsterdam Conservatory in the Netherlands and previously studied classical guitar in Portugal. He has more than 25 years of experience both as a professional musician and as a teacher.

In 1990 Francisco began studying improvised music, particularly jazz at ” Hot Club de Portugal” where he was taught by Carlo Morena, Nuno Ferreira, Nelson Cascais, Vasco Agostinho and others. He improved this work by attending private classes on guitar, harmony and composition with teachers such as Pedro Madaleno and Mário Delgado.

During these years he played on a regular basis with two jazz groups a pop-rock band (recording a CD) and was member of Janita Salomé’s (a prestigious Portuguese artist) band with whom he had the opportunity to play during his presentations at Expo 1998 in Lisbon (Sony and Atlântico stages).

He also participated in some jazz workshops from which we point out the “Seixal Jazz 96” coordinated by Tim Hagans (trumpet), Ben Monder (electric guitar) and Billy Kilson (drums).

In 1998 he moved to Amsterdam, Holland, to study in jazz guitar at the Conservatorium van Amsterdam (Hogeschool voor de Kunsten), one of the most prestigious jazz schools in Europe.

In Holland, since 2000 he played weekly in a group that still opens and organizes a jazz jam session at the coffee house “Taveerne de Kluis” in Amsterdam. He also played with other projects – jazz, pop and world music – During this time he had the opportunity to play in known stages in the Netherlands, as Bimhuis, Paradiso, De Brakke Grond, Vondelpark and others, having also played in several music festivals in Portugal, Germany and Belgium.

He developed his own jazz project “Luz Verde” with other foreign musicians, and the Dutch jazz/pop singer Marian Hoiting (Mariandoro). He also played often with the Brazilian dance music group “Sambadam” and was regularly invited to play with other jazz, pop and Latin music projects in Holland.

In this same year, one of his tunes “Amesterdão de bicicleta” is recorded (with him on guitar) on Miguel Amado’s CD – Mensagens de Fumo.

In 2007 he arranged and recorded a composition of Janita Salomé on his record “Vinho dos Amantes”.

In 2011 he recorded his own album “O dedo do meio”with his trio BRUTUS (with José Salgueiro and Miguel Amado) for the label Aduf.

In 2004 at the famous São Luis theater, for the play “Portugal uma comédia musical” with music composed by renown Portuguese artist – Sérgio Godinho.
In 2008 with composer / double bass player Carlos Bica, playing his music with a Spanish contemporary dance company.

As a professional musician he has played different styles of music from jazz, rock, soul, blues, funk to world music, having the opportunity to work with some of the top and most relevant musicians and artists in Portugal.

In the jazz and improvisation field, he is developing his own original project – BRUTUS, that he created, with José Salgueiro on drums and Miguel Amado on bass. Recorded in August 2011. The CD BRUTUS – “O deed do meio” was edited and released in December 2011 by the label – ADUF.

in 2013 he moved to Dubai, U.A.E. and since then has kept working as a professional musician both in the studio and as a performer, being part of projects in jazz, pop-rock, soul, funk and world music. He also taught as a private teacher at American school of Dubai, and now keeps teaching privately.

At Piano Time Music Studio we believe students learn faster and with better results when they are exposed to a variety of approaches, have the opportunity to acquire collaborative skills, and engage in peer level learning.